The seas around the UK are home to an amazing variety of animals & plants, and every effort made to protect them is vitally important. Sea-Changers is a registered charity that aims to raise money for marine conservation in the UK by creating a community of businesses and individuals who will work together to raise money for projects that can make a genuine difference to the future of our seas.

They say a photograph speaks a thousand words, and I certainly agree with this statement; which is why I set up a collaborative project  working with some of the UK’s most talented wildlife photographers. The project has two aims:
·         To raise awareness about the diversity of UK marine wildlife from seabirds to fish, and
·         To give photographers the wider recognition they deserve for all their hard work.
So why did I set it up? The main reason is I’ve always had an interest in marine wildlife photography, and I wanted to find a way to highlight the diversity of UK marine wildlife in a creative manner. I believe that the best way to inspire people to back your message is through photography, and I have aspirations to be a photographer myself.
One of the most interesting, and challenging, parts of the project was choosing the people we were going to approach. I very much enjoyed spending my time looking through websites and Facebook pages of many different photographers, from professionals to students. These clearly showed a strong interest in UK marine wildlife. Here are details of some of the people that we are currently working with as part of the project:

Chris Knight
Chris’s interest in photography began when he took an Art & Design course at college, and after graduating started working part time as a journalist & photographer for Wakeboard Magazine. After gaining his qualification as a PADI Divemaster and an Advanced Diploma in Marine Zoology, his journey in underwater photography began.  His specialist subject is sharks, having spent some times travelling to different diving locations and volunteering for organisations such as the Maldives Whale Shark Research Programme. His photos have won competitions and been published in calendars and articles. 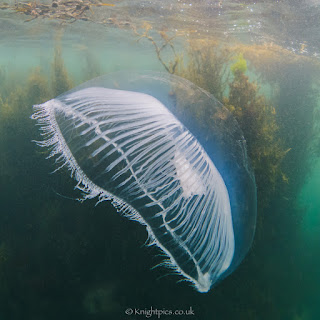 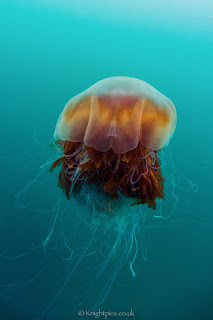 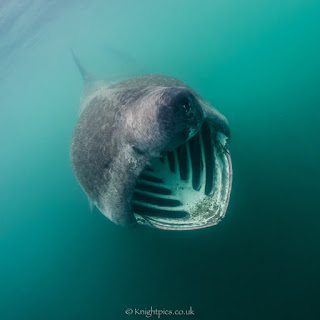 Mark Kirkland
Mark has always had an interest in the sea, having spent childhood holidays exploring the rugged West Coast of Scotland, exploring rock pools in beaches or clambering over cliffs. His fascination continued when he started diving at 25 and picked up a camera a few years later.  His specialist subject is photographing wildlife in the seas around Scotland, and he hopes to start using his passion for underwater photography to highlight the dangers facing the marine environment and illustrate exactly why it is worth saving. 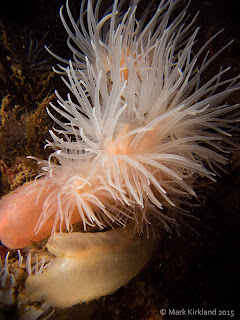 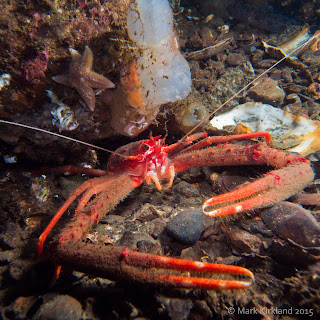 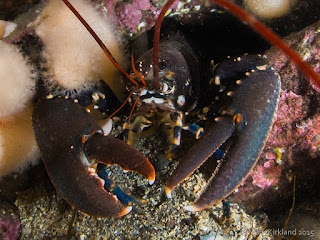 Heather Buttivant
Heather has a fascination for exploring rock pools, which inspired her career as an environmentalist, educator and writer. As part of her passion for marine wildlife, she currently volunteers for the Cornwall Wildlife Trust and Looe Marine Conservation Group.Heather has set up a blog ‘Cornish Rock Pools’ in order to share how incredible UK marine wildlife is with people around the world using a basic waterproof compact camera. No matter how cold it is, how much her fingers hurt, or how quickly the tide is turning, that doesn’t stop her from plunging her camera back into the water until she captures that special moment in a special environment.
All of the photographers have very kindly donated some of their magical photos for us to use across the Sea-Changers website so that we can actively promote the diversity of UK marine wildlife, from dolphins to corals. We also wanted them to share their own experiences, which is why I actively asked each of them to write about their experiences with UK marine wildlife and how vital it is to protect our seas.
I am very proud  of the project so far: we currently have up to 40 people involved and a wide range of photographs of our amazing UK marine wildlife.

How much is a shark worth alive? Richard Aspinall talks about the value of sharks, and conservation, to the tourist trade 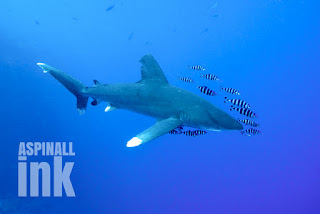 It’s a sad fact that to conserve species we must occasionally assign them a monetary value.  Would the seals on the Farne Islands be as well protected if they didn’t help fill the boats with wildlife watchers, now crewed with folk that once earned their living solely from catching fish and hauling lobster pots? Would the banks of the Tweed be as rich with bird life and as seemingly untouched as they are if salmon fishing didn’t bring in countless thousands to the Scottish Borders’ economy?

Sadly, whether its Gorillas in Uganda or Puffins on Skomer, animals are best conserved when they can offer a direct, tangible and measurable income to the local economy.  Idealists like me might not like it, but there we are.  Whether its ecosystem services or dollars spent in game parks, the way to protect wildlife may well be to value them monetarily as well as intrinsically.

On a recent diving trip to the South of Egypt’s Red Sea coastline I was privileged to spend time with two Oceanic Whitetip sharks.  Oceanics are powerful fish, with long pectorals that when you’re with them you can understand how people describe them so easily as scything through the water.

Richard gets up close and personal

Back on the boat, still grinning after the encounter, I did a quick calculation.  It cost me something like 45 Euro for that day trip and there were perhaps 20 divers on the boat.  I saw four other boats moored up, all of whom would have put divers on that that site and we can assume also saw the fish.  Whilst Oceanic Whitetips are pelagic and wide-ranging, they are frequently found at this location.

So that’s perhaps 80 divers paying 45 Euros.  Each shark has generated a gross income, of 1800 Euro and there may well have been other boats there – we didn’t arrive until mid-afternoon after all. Now, in the Red Sea they dive daily, weather permitting, though since this site is only twelve kilometres off the coast, it’s usually reachable.  So if we do the maths; each fish is bringing in 657,000 Euros per year, at a conservative estimate. 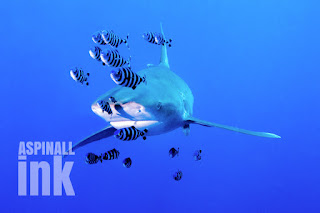 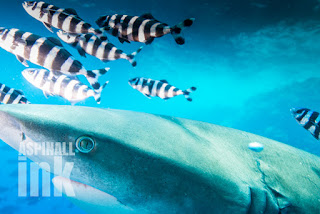 Admittedly we must look at a nett figure.  How much the crew and boat costs is a mystery to me, but I haven’t even factored in the fact that a diving package and stay in my hotel was over 1500 Euros.  It all gets rather complicated and maths is not my forte, but I imagine, if the total value of any one shark could be measured in economic terms we’d be looking at way more than my 657,000 ‘back-of-an-envelope’ calculation.  Oh and did I mention that’s per year? Sharks can live for many decades.  Could these fish be worth twenty million Euro or more?  It seems an awful lot, but if shark fin soup cost that much, I think we’d see a few more fish left in the water.

Blog written by Richard Aspinall. Richard is a freelance journalist, travel writer, commercial photographer, underwater photographer, horticulturalist and proud Yorkshireman.  Sea-Changers are proud to be working with him and have the support of his companies, Aspinall Ink and Triggerfish Photography.
All images used in the blog are owned and copyrighted to Richard Aspinall.